Skip to content
I have gone from one extreme to the other with a quite a few things, especially with my opinions. As I said before, I based them on someone else’s drivel.
If you are like me and actually went and read a scientific paper your mind can be blown in an instant.
When faced with some opposing data or fact, the pendulum of opinion can swing pretty far away in the opposite direction.
I was very into massage.
I read some stuff that said it wasn’t doing what I thought it was and what COLLEGE TOLD ME IT WAS DOING…(someone else’s drivel) and I almost immediately became anti-massage.
I hung up my strap-on-oil-canister-fanny-pack. 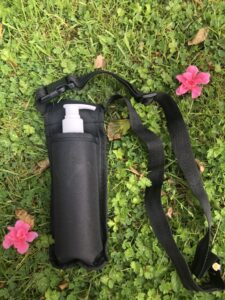 I hadn’t gone back to it for a long time.
One day the phone rang and my nephew was in tears with ‘growing pains’ in his legs. I pulled up a review paper on growing pains and it said it may be a biopsychosocial manifestation rather than anything actually structural (biopsychosocial means that there is an ongoing loop in how someone thinks, feels and how their culture or environment affects both this and how their biology manifests itself)
Light, soothing massage was one of the recommendations.
I put my biases aside then.

More or less straight away I read a meta-analysis paper by Moyer et al. 2004 on Massage Therapy (MT) and stumbled upon this:
“The average MT participant experienced a reduction of trait anxiety that was greater than 77% of comparison group participants and a reduction of depression that was greater than 73% of comparison group participants. These
effects are similar in magnitude to those found in meta-analyses examining the absolute efficacy of psychotherapy, a more traditional treatment for either condition, in which it is estimated that the average psychotherapy client fares better than 79% of untreated clients (Wampold, 2001, p. 70). Considered together, these results indicate that MT may have an effect similar to that of psychotherapy”
These therapies have more in common than the one major difference. Yes, MT involves someone getting a backrub.
But, both involve social interaction, a positive expectation and usually a positive experience with someone that relaxes you and uses the right language.
“Clearly MT is at least partially a physical therapy, and some of its benefits almost certainly occur through physiological mechanisms. In fact, one of the most interesting aspects of MT is that it may deliver benefit in multiple ways; specific ingredients and common factors may each play a role, with each being differentially important depending on the desired effect.
A whole new avenue of thought.
Hello biopsychosocial model.
Was the science that made me turn away from massage wrong? No.
Did the other science exist the whole time? Yes
Was science the problem? No. I was.
I interpreted it with haste and threw the baby out with the bathwater.
Thankfully, now, because of the availability of science and somewhat of a more balanced, holistic and critical approach to my thinking I have opened up a whole new arena of thought.
PS. massage does not break down adhesions or scar tissue or anything like that. Look beyond that stuff and open up into the real reasons people benefit from massage. Maybe your just nice to be around and you happen to have warm hands, and that’s fine.